Protein interaction refers to the process of combining two or more proteins, usually to perform their biochemical functions. In a cell, a large number of protein components form molecular machines, which perform most important molecular processes in the cell, such as DNA replication, through protein interaction. Protein interaction plays an extremely important role in most biochemical functions. For example, signal molecules transfer signals from outside the cell to the inside via protein interaction. This process is called message transmission, which is the basis of many biochemical functions and is also related to many diseases, including cancer. Proteins can also form part of a protein complex through long-term interactions, which are responsible for carrying another protein, such as from the cytoplasm to the nucleus, or vice versa, as in the case of nuclear transport proteins; or modified by short-term interactions Another protein, such as protein kinase responsible for transferring phosphate to the target protein.

Protein interaction is widely involved in metabolism or genetics/epigenetics graph theory such as biochemistry, quantum chemistry, molecular dynamics, and message transmission. In fact, it is the core of the entire interactive omics system in all living cells. MedAI provides you with professional protein interaction network analysis services to meet your needs.

In addition, MedAI can also provide you with analysis of the nature of the network: 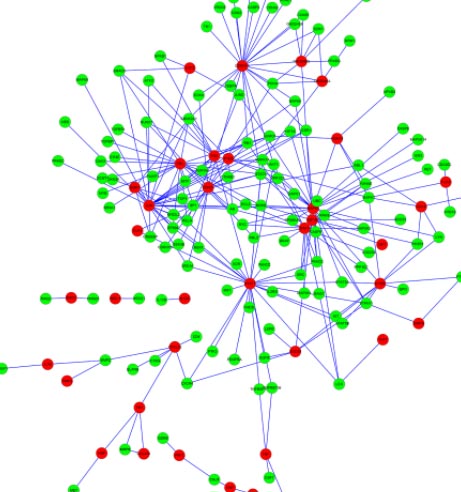 Protein-protein interaction (PPI) is essential for almost every process in cells, so understanding PPI is essential for understanding cell physiology under normal and disease states. This is also important in drug development, because drugs affect PPI. PPI knowledge can be used to assume the role of uncharacterized proteins, add fine-grained details about steps in the signal pathway; or characterize the relationship between proteins that form multi-molecular complexes (such as the proteasome). MedAI provides corresponding professional PPI network services. If you need network analysis services, please feel free to contact us.