MicroRNAs are a class of short non-coding RNAs of 18 to 24 nucleotides in length that post-transcriptionally regulate various target genes which involving in a variety of biological processes such as cell cycle, differentiation, cell proliferation, and apoptosis.At the transcriptional level, transcription factors (TFs) has been considered as the primary regulator to control the gene expression.Recent studies show that transcription factors regulate the expression of miRNA, and participate in a variety of biological processes including tumorigenesis. MicroRNA and target gene network diagram is to take the significant function and the target gene contained in the significant pathway to construct a microRNA target gene regulatory network with microRNA, which can intuitively reflect the relationship between genes on a global level, and reflect at the same time The stability of the gene regulatory network. According to the position function of the microRNA in the network, the relationship strength of the microRNA in the network is calculated, that is, the network characteristic value of the microRNA. High eigenvalue microRNA is in the pivotal position of the network. This microRNA has strong regulatory capabilities and has important regulatory value for network structure and sample characteristics. At the same time, key target genes regulated by microRNA can be obtained from the network. 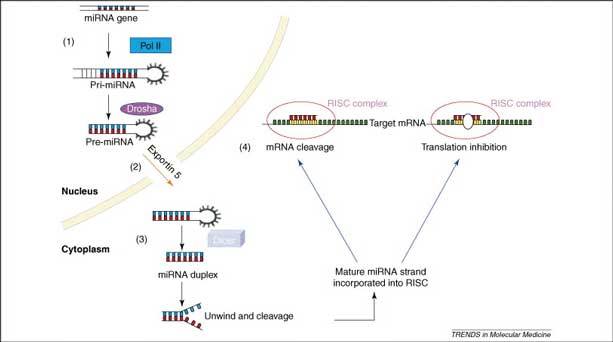 MedAI provides corresponding professional microRNA and target gene network diagram. Our microRNA and target gene network diagram has proven to be very useful for understanding the biochemical basis of physiological events at different stages of drug development. The MedAI team has worked in this field for more than a decade and published his findings in top scientific journals. If you need network analysis services, please feel free to contact us.