The LBVS method is given a group of ligands with diverse structures that bind to the receptor, and a receptor model can be built by using the collective information contained in the group of ligands. These are called pharmacophore models. One popular method of ligand-based virtual screening is based on searching for molecules with a shape similar to known active substances, because such molecules will fit the target's binding site and therefore may bind to the target. LBVS has significant advantages over other virtual screening methods because it does not involve macromolecular calculations and does not require prior knowledge of active ligands. It was selected as one of the most popular drug discovery and lead optimization methods, especially when there is no three-dimensional structure of potential drug targets. 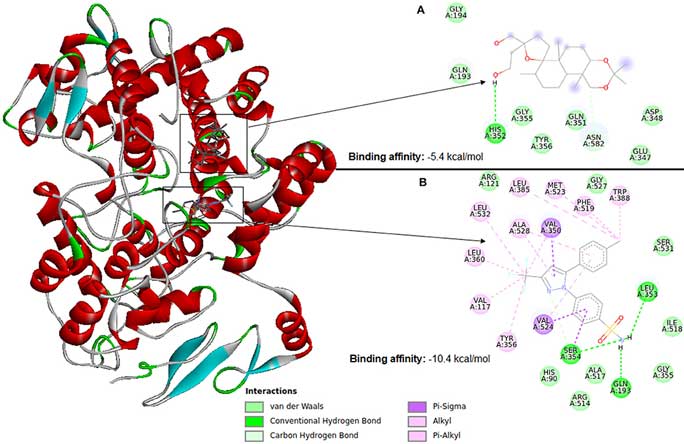 Ligand-based methods are based on the principle of structure determining properties. Such methods include:
1) Pharmacophore modeling is to study the pharmacophore of a series of known active compounds, and summarize some groups that play a key role in the activity of the compound through conformational analysis, molecular superposition and other methods information;
2) Quantitative structure activity relationship (QSAR) is a method of quantitatively studying the interaction of small organic molecules and biological macromolecules with the help of the physical and chemical property parameters or structural parameters of molecules. Methods of absorption, distribution, metabolism, excretion and other physiological properties in the organism;
3) The structural similarity method (SSIM) uses various descriptors or fingerprints to perform similarity matching to determine whether the compound has similar activity or therapeutic mechanism.

Machine Learning (ML) belongs to the sub-field of artificial intelligence. It is the study of the process and practicality of machines that can perform intelligent tasks proficiently without explicit programming for these tasks. Artificial intelligence can play a key role in virtual screening, especially artificial neural networks, such as deep neural networks or recurrent networks, driving the development of this field. Recurrent Neural Networks (RNNs) have been successfully applied to virtual screening. Initially, they were established in the field of natural language processing. RNN takes order information as input. Since SMILES strings encode chemical structures in letter sequences, RNNs have been used to generate chemical structures. In order to train the neural network SMILES string grammar, RNNs received training on a large set of compounds extracted from the existing compound collection, such as ChEMBL or commercial compounds. Studies have shown that RNNs can generate a large number of valid SMILES strings. The same method has also been successfully used to generate new peptide structures. Reinforcement learning models are successfully applied to bias the generated compounds toward the desired properties.

MedAI continues to improve its computing power to support the screening and evaluation of more compounds. We improve the screening process by investing in high-performance computing infrastructure. For each virtual drug screening project, our scientists will discuss with the client and then design an appropriate and cost-effective screening solution. If you have any needs in this regard, please feel free to contact us.